In this month’s newsletter – our Gathering next Saturday; the bank selects a sustainability auditor; the bid for TSB; and the bank’s support for the Climate and Ecological Emergency Bill.

Saturday 20th November - The Save Our Bank Gathering

and AGM of the Customer Union

Our annual Gathering is just a week away! Make sure you are registered to attend online on Saturday 20th November.

For Customer Union members only, we’ll hold our official Annual General Meeting at 1pm. (You can join the Union here).

Then everyone is welcome to join the Gathering, from 2pm till 4.15.

On the agenda: The Co-operative Bank's recent ethical poll, with representatives of the Coop Bank on hand to take questions; and our plans to explore an ownership vehicle for building a stake in the Bank.

Joining us at the Gathering will be:

Attendance is free, but please register in advance to make sure you receive details on how to join the call via Zoom.

Update from our meeting with the bank: auditor hired!

We spoke to the Co-op Bank in mid-October at our quarterly meeting, part of our recognition agreement with the bank. The team is in an upbeat mood as the bank reports its third quarterly profit in a row, and expects to turn an annual profit for the first time in ten years, as they told the Guardian last week.

The bank also reported they have now selected a sustainability auditor, SGS UK, to assure their 2021 Values & Ethics Report (due early 2022), and with it the implementation of the bank’s Ethical Policy. The bank’s last three V&E reports have not received external assurance, and we have campaigned hard for the bank to rectify this and save the Ethical Policy from being permanently weakened.

The bank previously committed to us that the already-published 2020 report would receive a post-publication assurance, but given the short timescales to get the coming report audited, the bank has decided not to go ahead with this. We also feel that assuring a report that has already been published has limited value. The most important thing now is for the bank to return to regular assurance of its Ethical Policy now and into the future. The fact they have now selected an auditor provides reassurance that this will now happen.

The bank also gave us an update on the results of the Ethical Poll and the timeline for launching the new Ethical Policy early next year – join our Gathering to hear about it from them directly!

Bank’s bid for TSB knocked back

It’s always Sky News breaking the gossipy news stories about the Co-op Bank, and late last month it was Sky that “learned” from “City sources” that the Co-op had contacted Spain’s Banco Sabadell, owner of TSB, to express an interest in a takeover. The Co-op confirmed the rumour, with Sabadell confirming they had turned down the offer. Nick Slape, the Co-op Chief Exec, confirmed to Reuters  that the bank is actively looking for more opportunities to buy up rivals.

It makes a change to read stories about the Co-op Bank aiming to take over others rather than being the target of takeover discussions. The last time it was involved in this kind of activity, with its 2009 takeover of Britannia, things didn’t go very well – the Kelly Review concluded it should never have happened.

Provided the same pitfalls are avoided and the bank’s Ethical Policy remains
unchanged, a merger should be good for the growth of ethical banking, which we would be happy to see.

Meanwhile in Glasgow, COP26 is coming to a close, with some positive pledges made but few hopes for a real breakthrough agreement. For their part, banks have been busy making “net zero” pledges for their financed emissions, while most – unlike the Co-op - continue to finance fossil fuels. 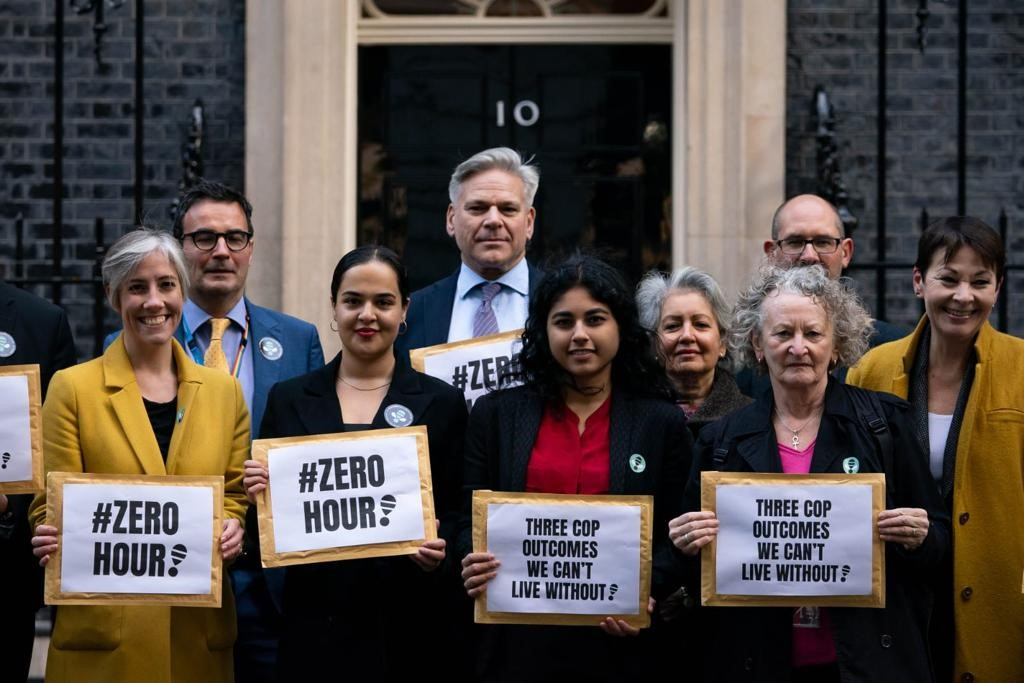 In the run-up to the COP, we were delighted to see the Co-op Bank come out in support of the Climate and Ecological Emergency (CEE) Bill, being proposed by the Zero Hour campaign. Advocacy for this kind of progressive legislation is exactly the territory where big banks fear to tread – and it recalls the bank’s support for the Big Ask campaign, which ultimately led to the Climate Change Act back in 2008. The bank is encouraging all its customers to declare their support the CEE Bill, and we encourage you to do the same.

With thanks and best wishes,