Save Our Bank newsletter July 2020

Welcome to this July newsletter from the Customer Union for Ethical Banking, the independent union for customers of The Co-operative Bank.

We take a look at the Customer Union’s second aim, to work for an eventual return of the Co-op Bank to co-operative ownership.

We’ll be publishing this in two parts. In the first part we look briefly at the history and at who owns the bank now. In the second part, which we will feature in next month’s newsletter, we will look at our strategy for achieving our aim.

You can read the first part in full on our site here. Here is a quick overview and summary.

Until 2013 the Co-operative Bank plc was 100% owned by The Co-operative Group. This is the cooperative that runs 80% of the Co-op shops - owned by its millions of customer members. However in 2013, a financial crisis at the bank meant that the Group’s shareholding fell to 30% and a group of private equity and hedge funds were left owning most of the rest. This was what led to the formation of Save Our Bank, and later the Customer Union. In 2017 the bank needed more capital and the Co-op Group sold its remaining shares, leaving the bank 100% privately owned.

The bank gave a list of its main ‘A’ shareholders in the 2019 Accounts. The ‘A’ shares are the voting shares. It is unclear who owns the “B shareholdings” but we think that could account for as much as 30% of the total equity.

At 26th February 2020 the bank’s A shareholders included 4 US hedge funds, with about 70%, and two asset managers with the remaining 30% of the A shares. 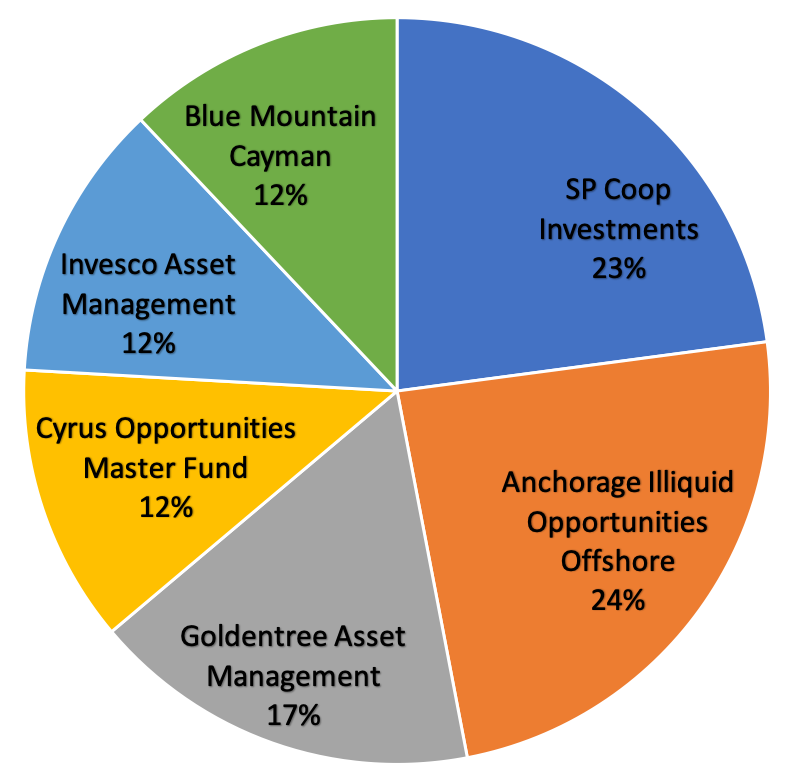 'A' shareholdings reported in 2019 accounts

A hedge fund is a kind of investment fund which is typically only open to very wealthy investors. Hedge funds don’t have a great reputation – they often use tax havens and have limited transparency.

We don’t expect the Co-op Bank’s owners to stick around for ever, although some of them have been invested for seven years – longer than we might have expected in 2013. The latest news on plans for the bank’s ownership came in December last year, when it was reported that the Co-op Bank’s owners had hired Goldman Sachs to advise on a potential sale of the bank. Sky News said that “Barclays, Lloyds Banking Group and Royal Bank of Scotland are said to have been among those approached about a deal.”

Next month we’ll discuss in more detail what might happen next, and our plans for what we see as the most likely scenarios. In any case, as a co-operative ourselves, we’ll make sure to consult with our members on what happens next, so be sure to sign up as a member to have your say.

The Cooperative Bank was named Current Account Provider of the year in the Moneyfacts awards 2020.

Moneyfacts cited "a straightforward and reasonable agreed overdraft rate and a leading rewards bonus" as reasons for the award. You can read the Co-operative Bank press release here.

Our congratulations to the bank.