Welcome to this December newsletter from the Customer Union for Ethical Banking, the independent union for customers of The Co-operative Bank.

In this, our last newsletter of 2022, we report on our Gathering and the bank’s strong profit figures. We also take a look at why the bank’s rating has improved in Ethical Consumer magazine. And finally, we’re looking for new board members.

Our Gathering: the bank’s update

Last month we held our Annual Gathering, our main event of the year, where we get together online with members and supporters to discuss our work to represent customers of the Co-op Bank in advocating for ethics and cooperative ownership. 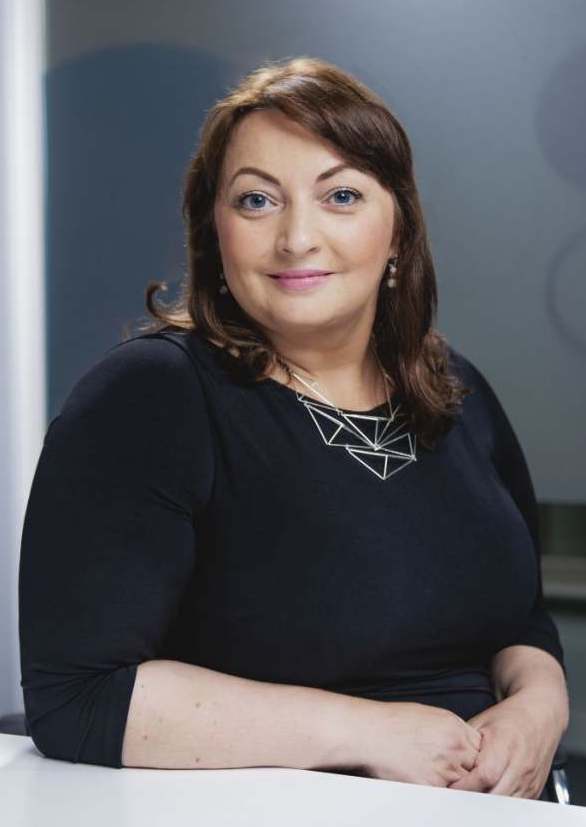 We were pleased to welcome the Co-op Bank’s Chief Administrative Officer, Maria Cearns, once again this year. Buoyed by the bank’s recent strong profits – which led the FT to report that the bank may once again be looking at buying other banks – Maria gave an upbeat assessment of how the bank had come through tough times to reach a point where it was once again being recognised as an ethical leader. She also described how the bank had returned to Parliament for the first time since the “dark days” of 2012, for an event on the Climate and Ecology Bill, and has been able to do “great things” with its brand this year, like staging a “takeover” of London Euston and Manchester Piccadilly train stations with its “Withdraw from this” advertising campaign.

Maria also noted that the bank was discussing repeating its Ethical Policy review more frequently in future, and also that it was putting everything behind announcing an ambitious target for reaching net zero in its “scope 3 emissions” – the climate impacts of its finance, including through its business customers – early in the new year.

But she was also clear that there were things the bank is less proud of, including call waiting times, which “are not where they need to be”, although numbers of colleagues working on answering calls have increased and hold times are improving. Tackling fraud also remains a challenge, as for all banks. Overall though, the bank is “no longer at the whim of sharks” and is regaining its sense of voice.

Following Maria’s remarks and the typically extensive grilling she received from our members and supporters, we reflected on the strengths of the bank’s newly refreshed Ethical Policy (see our June newsletter) and also areas for further attention in future, and held a discussion on where the Customer Union should aim to be in 10 years time, during which everyone present was able to share their views.

The Bank’s “ethiscore” improved: why? 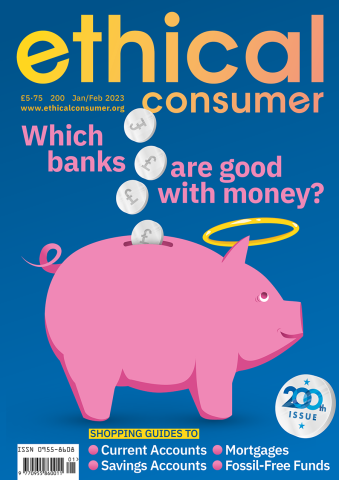 Ethical Consumer magazine – with which the Customer Union has a close relationship – ran an issue this month (reported in The Guardian) all about the banking sector, in which the Co-op Bank received an “ethiscore” of 13 points. This made it the second-highest ranked bank for current accounts (just behind Triodos), and the sixth-highest ranked for savings accounts, and was a big increase on its previous score, leading the magazine to include a section addressing the question, “Why is the Co-op Bank scoring so high?”.

The answer is that Ethical Consumer changed the way it scores complex company groups so that it no longer takes account of shareholdings of less than 25% in its scoring. Since no single owner of the bank holds over 25% of shares, it is no-longer picking up marks for the activities of its owners. This means the bank is only assessed on its own activities. This strikes us at the Union as a fair reflection of the bank’s performance, given it is functionally entirely separate from other businesses in which its hedge fund owners have stakes.

The magazine also compared the Co-op Bank with its peers on the gender pay gap. The bank has a 28.7% gap in hourly wages between men and women, slightly above average but a long way from the worst, and is working towards a 2023 target of 45% women in senior roles. Pay for bank chief executives was also compared, with Nick Slape shown to be taking home £2.3 million, leading the bank to lose a whole mark in the Antisocial Finance category in the Ethiscore table, although the situation has improved since five years ago when the bank was slated for paying Niall Booker twice this sum.

Would you like to join the Board of the Customer Union?

Finally, we are looking for new members to join the Customer Union’s governing board, after two of our board members stepped down at our recent Annual Meeting. No previous experience is needed – the most important things a board member can bring to the role are enthusiasm and ideas. If you could be interested, there’s more information about what’s involved and how to apply at the bottom of the AGM page on our website.

Thanks so much for reading and being a supporter of the Customer Union. We wish you very happy holidays and we’re looking forward to pushing on with our mission in 2023.