A number of important updates for you in this month’s newsletter:

Our meeting with the Co-op Bank

Shaun Fensom from the Save Our Bank campaign met with the Chair and CEO of the bank, Dennis Holt and Liam Coleman, on 18th September to discuss the outcome of the bank’s capital raising process. This was a follow-up to our earlier meeting, before the sale process had concluded. In particular we wanted to press the bank on how it can meaningfully protect its cooperative heritage following the sale of the Co-operative Group’s shareholding in the bank, and to discuss the bank’s reaction to our Discussion Paper on Capital Raising at Co-operative Banks.

In the meeting Shaun asked the bank to tell us how it sees the role of customers influencing bank policy in the future and the role of the customer union. You can read the bank's response here.

On engaging with its customers, the bank says it “sees a role for the Customer Union” as part of its plans for the development of its Ethical Policy in 2018. The bank also says that “in the future the ability of customers to influence the Bank will not simply depend on customer ownership.” This hints at a greater level of customer influence in future, as well as playing down the importance of co-operative ownership, although we would like to see more clarity on how this will work in practice.

We also asked the bank to say why it has not turned to customers as a potential source of capital. You can read its response here.

Here the bank is very cautious, stating that “the risks associated with an investment in the Bank are such that we are unable to consider customer ownership as an appropriate future strategy for the Bank in the foreseeable future.” We can understand the bank’s care not to expose customers to risks that are very different from having a savings account or investing in a managed fund. The bank is aware however that the Customer Union is looking at ways to increase its own stake. It’s clear that if we want to see the bank return to some form of co-operative ownership, the onus is on us as customers to put the effort in, and take some risk ourselves.

Back in February when the Co-op Bank put itself up “for sale”, we set out our demands and made clear that we would consult with our members on whether to support any eventual deal. Now the process has concluded, it’s time to hold that consultation.

The deal, to recap, involved the bank receiving a £700m capital boost from its current owners (mainly US hedge funds), and saw the Co-operative Group’s ownership of the bank reduced to only one percent, and subsequently to zero.
This shores up the bank’s capital position and allows it to continue as an independent entity, but means the only proportion of the bank left in Co-operative hands is the minuscule shareholding owned by the Customer Union and its members. Viewed against these initial demands, the deal meets one of the two - the Ethical Policy remains in place (and the bank is going out on the front foot on ethics in its new advertising), but there is no commitment to customer ownership.

The question for Customer Union members is whether we support this deal and continue to work towards our main aims, or seek to leave as one. If we choose to approve the deal, we will need to decide how to go about supporting a return to co-operative ownership - how much effort to put into growing our small stake in the bank vs other strategies, such as building institutional co-operative ownership when the hedge funds sell up. If we choose to reject it, we will decide to leave the bank and look for an alternative together. It’s for our members to decide.

If you are a member of the Customer Union, you’ll receive an email in the coming days inviting you to vote. If you’re a supporter but not a member, you can sign up to join the customer union and make sure you can vote here.

Register now for the Gathering on 18th November 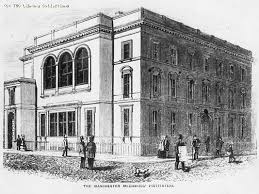 We’ll be deciding on our next steps at our second gathering in Manchester on Saturday 18 November, where members and supporters will be able to attend in person or online. You can register now to attend the Gathering here.

The Gathering will include a General Meeting in the morning for Customer Union members only, where formal motions including election of directors will be discussed and voted on, and two sessions in the afternoon to discuss where we have got to over the past year, and strategies for how we move forward. We’ll also have the chance to hear from a representative of the bank.

A more detailed agenda is available on the Gathering web page on our site. We look forward to seeing you there!

The Co-operative Group sold off its final 1% stake in the Co-operative Bank, the month after it reduced its stake from 20% to 1%. Read our view on the share sale here. Also very regrettably, the bank has decided to stop its Charity Credit Card scheme, with cards due to stop generating charitable contributions from the end of January next year. We don't know of any banks that are now offering these cards. The Co-op Bank says it will “instead develop other charity-linked products”.

It has also been announced that the bank’s chief financial officer, John Worth, is leaving the bank following the rescue deal, and that the bank has donated £20,000 to Co-operatives UK’s appeal fund set up to help co-ops in countries affected by the recent spate of national disasters.