Why have a customer union?

Sticking with the bank 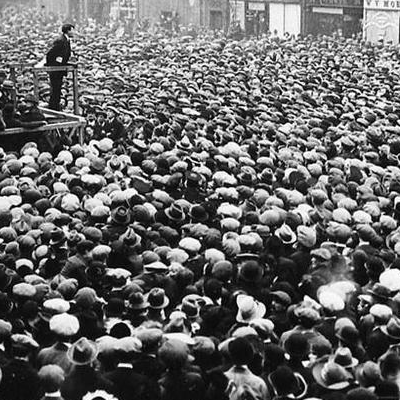 When we set up the Save Our Bank campaign in 2013, the rescue deal brokered by The Co-operative Group meant that private investors were taking a majority stake in the bank, removing it from co-operative control. Our fear was that this change in ownership would threaten the bank’s world-leading ethical policy. We thought that would be a big step back.

Rather than abandon the bank, we reasoned that customer power could be used to force the bank to keep the policy strong. After all, without customers the bank would be dead. So we called on customers to sign up to the campaign and stick with the bank.

We set out with two main aims: to make sure the bank kept to a strong ethical policy, and to find a way ultimately to return the bank to majority co-operative control. Over 10,000 customers signed up.

The bank announced two measures designed to reassure customers that ethics would remain at the heart of its offer: there would be an ethical clause in its constitution, overseen by a special ethics committee, and customers would be polled on the contents of a new, refreshed ethical policy.

Of course, it’s not hard to design a survey to get the result you want and our fear was that the customer survey could be used as a pretext to introduce a new, watered-down ethical policy. We loudly called on the bank to promise that it would not drop any of the existing ethical commitments. Supporters made their view clear in hundreds of tweets and emails.

The bank did indeed promise, first in conversations with us, then in public, in newspaper articles and in the survey itself.

Having promised not to drop any commitments, the only way to refresh the ethical policy is to add new ones. The bank made it clear to us that the new private shareholders recognised that it was in their interests for the bank to be seen to be more ethical than ever, and for customers to believe that. They recognised the influence an organised group of customers could have on perceptions.

We believe that this was a success for Save Our Bank. We have yet to see the new ethical policy, but we have shown how customer power can work - if we stay organised.

Our second aim was somehow to regain co-operative control over the bank. One way is for customers to 'crowd-fund' a new cooperative stake. Another is by working to persuade other cooperative institutions to invest. Of course, gaining a majority stake will be no easy task, but even a minority stake could have significant influence - particularly if we can work with like-minded investors.

At the same time we entered an alliance with Unite the Union, who represent the majority of bank staff and who share our aims.

A union of customers

We believe that the combination of these three: an organised group of customers, a growing co-operative ownership stake, and an alliance with organised employees - has the power to ensure that the Co-op Bank remains the UK’s leading ethical bank - not just in its investment policies, but also in how it treats staff and customers.

For that to work long term, we needed to turn the Save Our Bank campaign into something more permanent. A body that truly can represent customers, keeping a close watch on the bank and bringing pressure on it to change if necessary. That's why we created the Customer Union for Ethical Banking. The customer union is a cooperative in its own right which as well as representing customers can also buy shares in the bank.

The customer union needs resources to do its work. That’s why we ask supporters to pay a small annual fee of just £12.