The first meeting of the Customer Union for Ethical Banking (CUEB) took place on 19th November in Manchester. Established in February 2016, CUEB – now 1,500-strong and open for new members here – is a union of customers of The Co-operative Bank with two main aims: to make sure the bank sticks to its ethical principles under its new hedge-fund-dominated ownership, and to help the bank one day return to co-operative ownership. The customer union came out of the Save Our Bank campaign, which has been organising online since 2013, so the Manchester gathering was the first chance for members and supporters to meet face to face and discuss strategies for achieving these goals.

The meeting agreed on a three-point resolution.

The Customer Union will:

1. maintain a constant watch on the Co-operative Bank and hold it to account on its ethical policy;

2. find suitable electronic methods for members to contribute to Customer Union decisions; and

3. begin work on establishing a fund to build a cooperative shareholding in the bank.

Rob Harrison, co-founder of Ethical Consumer magazine gave an introduction explaining the rationale behind Save Our Bank, how the Co-op Bank is unique and the challenges for both the Customer Union and the bank - larger version here.

Marx meeting Engels at Chetham’s Library in 1845, the inaugural meeting of the Suffragettes at the Pankhurst family home in 1903, to Ian Curtis meeting Bernard Sumner and Peter Hook at the Lesser Free Trade Hall in 1976: Manchester has hosted no shortage of historic first meetings.

Perhaps not quite so important, but the first meeting of the Customer Union for Ethical Banking (CUEB), at Manchester’s Ziferblat on 19th November was historic in its own way. As well as being the first meeting for CUEB, it is probably also the first time a ‘customer union’ has been started anywhere.

Around 30 people attended from all over the UK, and also some from abroad. 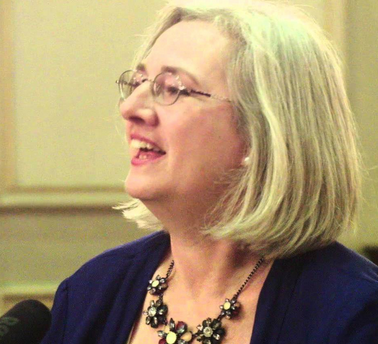 The finance writer and ex-banker Frances Coppola set out the sobering context. The banking sector continues to threaten the world economy. Banks like BNP Paribas have received huge fines from US regulators, making other banks, including the Co-op, jittery. And The Co-op Bank itself is still struggling to turn itself around after the spectacular failures of 2012, and is expected to make a loss into 2017. This all has real implications for the strategy for the Customer Union which needs to balance ambitions with the reality of the problems and pressures the bank faces. 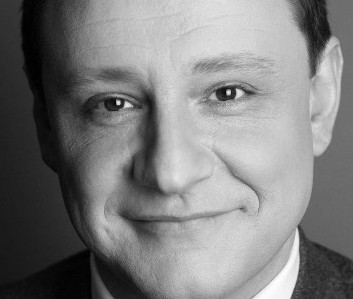 Nick Crofts, elected president of The Co-operative Group’s Members’ Council explained that while the bank’s problems had once posed an existential risk to the whole Co-op Group, the bank had now been rescued without any cost to the taxpayer and the Group is succeeding with its own rebuilding strategy. The Group has no plans to sell its 20% share in the bank - although that may change one day.

The first major ethical concern for the Customer Union to tackle was the Co-op Bank’s decision to close the accounts of some 40 campaigning groups, mainly carrying out solidarity work in Palestine, Nicaragua and Cuba. Peter Frankental, from Amnesty UK, discussed how it is challenging the bank on this issue, driven by a resolution from Amnesty members at its AGM. and working with the Customer Union. Kathy Brooks from the Saddleworth Palestine Women’s Scholarship Fund, a registered charity, told of the destabilising effect of having its account threatened with closure.

This highly informed discussion highlighted the shrinking space for civil society extending throughout the global banking sector - as an unintended consequence of anti-terror legislation, or sometimes explicitly aimed at suppressing dissent.

How to build a co-operative bank

CUEB has already bought very small shareholding in The Co-operative Bank and the meeting agreed that the Union should now start the process of building that stake.

A more radical option, for example if the bank does eventually fail, is to establish a new co-operative bank from the ground up. This is exactly what Belgium’s ‘NewB’ has set out to do. Its CEO, Dirk Coeckelbergh, came all the way from Brussels to explain. Four years into the project, they believe that they are still at least three years away from having a banking licence, but already offer some financial products and have built up 50,000 co-operative members. Needless to say, building a new bank from scratch takes patience, and also a lot of money, but NewB is proving the concept.

Building a new bank from scratch is not the Customer Union’s Plan A – we firmly believe that the Co-operative Bank we already have is worth saving, and that we can effectively hold it to account by sticking together.