We aim to send newsletters on a monthly basis, but we delayed July’s newsletter until August so we could bring you news and analysis of the Co-op Bank’s latest Ethical Policy poll, which was launched on Monday 9th. But first, the month’s other news.

The Co-op Bank has been awarded “the best ESG rating of any UK high street bank” by sustainability ratings agency Sustainalytics. The ratings are used mainly by investors who want to take into consideration the environmental, social and governance (ESG) performance of the companies they invest in.

The bank announced the ranking with a press release claiming that “only 15% of UK adults are aware of their bank’s ESG rating” . We congratulate the bank on its high ranking.

The bank also recently announced its interim results for the first half of 2021, reporting a second consecutive quarter of profit.

The Co-op Bank’s Ethical Policy is the foundation of its stance as an ethical bank, and the Ethical Policy itself is rooted in the views of customers. So for those of us concerned with keeping the bank ethical, the bank’s first Ethical Poll in six years is a big deal. It’s an important sign that the bank remains committed to the Ethical Policy, as well as a chance for customers to tell the bank where we want it to focus.

We urge all our members and supporters to fill in the poll, and encourage anyone else you know who might be a Co-op Bank customer to do the same.

What’s new in the ethical poll?

The new Ethical Poll gives us some insight as to what the bank is planning to include in the new Ethical Policy, although there is still time for changes to be made before the Policy is launched next year, and for the bank to incorporate new ethical concerns that customers raise in the poll itself.

There is a lot that is new in the Ethical Poll, compared with the bank’s current Ethical Policy, which is great to see: it shows that the bank is not planning on resting on its laurels. Among the topics getting increased attention are issues around promoting equality and inclusion, and fighting poverty across the UK, and issues around the use of technology and data. Some other proposed new policy statements that caught our eye are the following welcome suggestions:

Questions and concerns on the new ethical poll

While there is a lot that is new in the Ethical Poll, there is also a lot that is not new; for example while the Poll includes almost all of the bank’s existing commitments on climate change and human rights, it doesn’t include proposals to substantially move these commitments forward, and in places they are looking rather dated.

There are a couple of areas where the positions put forward in the Ethical Poll appear weaker than in the current policy. For example,

We’ll be asking the bank to clarify these points and to commit to ensure that its policy is not weakened. 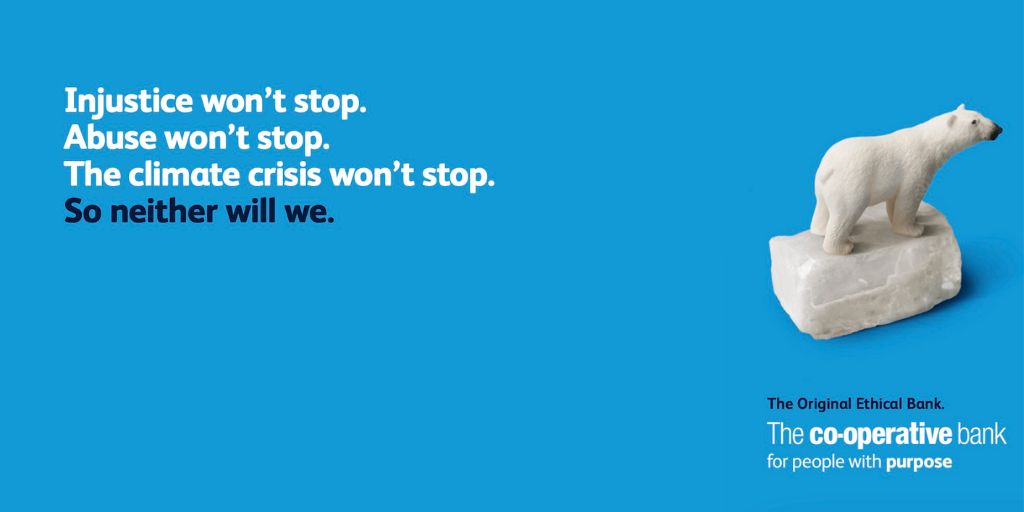 In the mean time, we’re pleased to see the new poll has been launched and that there are several progressive new proposals included.

Please complete the ethical poll here and let the bank know what you think.

We’d also be interested to hear your reflections on the Poll and your suggestions for where the bank needs to go next. Just reply to this email if you'd like to share your thoughts.

With best wishes from the Customer Union (Save Our Bank) team