Save Our Bank Gathering 2018: event report

On the last Saturday in November, Save Our Bank campaigners and supporters met in the Federation Building in the heart of Manchester’s Co-operative quarter for our third annual Gathering. This is becoming a well-established annual feature of the Save Our Bank calendar, being the one time in the year when members of the Customer Union can get together in person, take stock of where we are up to in our campaign to hold the Co-op Bank to account on ethics and campaign for a return to cooperative ownership, and discuss our plans for the year ahead.

This year, the bank has a new Communications Director, Lesley McPherson, and as she is also in charge of Values and Ethics we were pleased to welcome her to give us an update on developments at the Co-op Bank and to answer questions. We were also joined by Jane Lewis a Senior Union Representative for Co-op Bank staff with Unite the Union, a longstanding ally for our campaign. 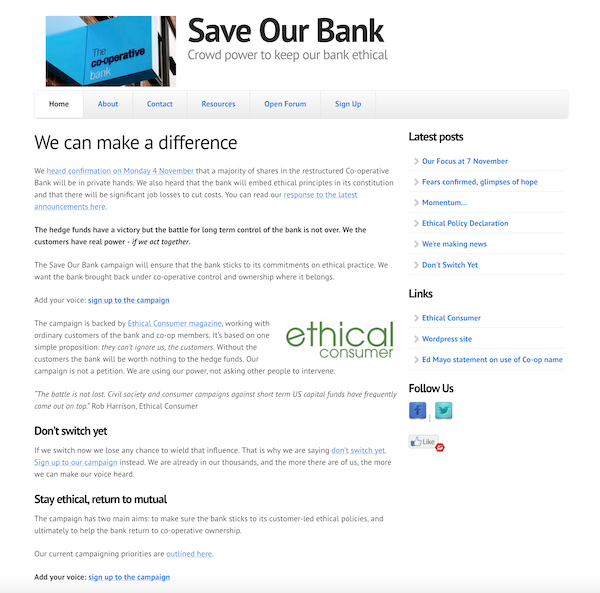 After eating some festive sandwiches from the Co-op shop across the road and waging a short battle with the coffee machine, we started the afternoon with a recap from Save Our Bank’s Ryan Brightwell on the five-year history of the Save Our Bank campaign. From our beginnings - marked by an October 2013 press release (“Don’t panic and stick with the Co-op”), via a successful crowd-funding campaign to form the Customer Union in 2015, through last year’s aborted sale process and our vote to stick with the bank, this short recap drove home how much we’ve achieved together in a short time. (We’ve also just updated our history page to better reflect these achievements.) 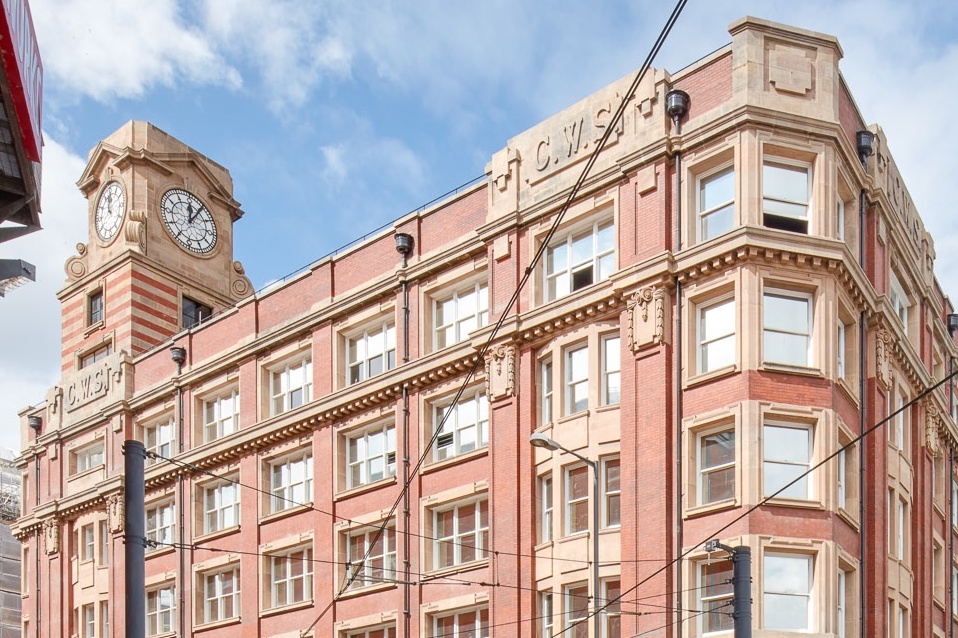 Then it was over to Lesley McPherson from the bank. Lesley outlined some of the leadership changes at the bank and the new CEO Andrew Bester’s identification with the bank’s ethical stance. The bank has refocused on its retail and small business clients and on developing its mortgage business. Lesley also discussed the bank’s campaign with Refuge, launched in 2015, how this has led to the launch of a new Financial Abuse Code of Practice for the UK financial services industry - and her appearance in October on the BBC’s Woman’s Hour to talk about it. Finally she talked about the bank’s plans in 2019, including the possibility of a new review of the Ethical Policy - the first since 2015 - in consultation with customers.

Since the topic was discussed at last year’s Gathering we have been developing ideas for a more structured relationship with the Co-operative bank, and Jane Lewis of Unite talked about how a structured relationship worked in practice in the context of the trade union’s agreement with the bank. The Union’s approach, Jane outlined, was to avoid taking cases to a tribunal wherever possible, but to resolve grievances internally, and to explore where the bank and the union shared a mutual interest. Jane also talked about branch closures at the bank, a concern for many Save Our Bank supporters, explaining that in her experience branch employees were often happy to leave, with some branches that have been closed seeing fewer than ten people a day. She also set out her thoughts on how the Ethical Policy pillar on “ethical workplace” could be improved.

Save Our Bank’s Rob Harrison discussed how the mobile-only “challenger bank” Monzo is using digital platforms, including a very active online forum - which is not technologically advanced but is being used effectively to foster dialogue with and among customers and create a sense of community. A model for the Co-op Bank, and perhaps for us in the Customer Union as well.

In the last session of the afternoon (our guests from the bank left at this point), we focused on the ownership question. Jim King, a Labour and Co-operative Party Councillor for Salford, updated us on discussions taking place among Greater Manchester local councils around establishing a local, mutually owned savings bank for the region, in collaboration with CSBA, the Community Savings Bank Association.

Finally, Save Our Bank’s Shaun Fensom talked about how, although the Co-operative Bank is no longer co-operatively owned, customers arguably have more influence and voice at the bank than before, thanks to the existence of the Customer Union and the bank’s constructive and engaged approach to it. One of the Customer Union's two aims is to campaign and work towards a return to co-operative ownership. Shaun pointed out that this is really two aims in one: increasing customer - and staff - influence, and ensuring that profits are reinvested for their benefit. Shaun argued that while raising the finance to buy the bank back was a daunting task, we can make immediate progress on these aims. The Customer Union already gives a meaningful voice for customers, and this could be enhanced by building an ownership stake, even if small, and in alliance with other owners - private individuals (who already have a significant stake), responsible investors in for the long term and large mutuals that may buy in as the hedge funds exit.

This short update cannot really convey the richness of the discussion at the Gathering, the insightful questions asked by attendees and the discussions they provoked, but we hope it provides a flavour of the event. Thanks go out to those who attended; we hope you found it as enjoyable and productive as we did.