After the Co-operative Bank shut down the bank accounts of several civil society groups, including the Palestine Solidarity Campaign and the Cuba Solidarity Campaign, towards the end of 2015, we campaigned with our supporters for the bank to stop further account closures and do more to assist groups threatened with account closure to meet the bank’s requirements. After we wrote to the bank and raised 7,000 signatures in a petition, they agreed to pause account closures while they reviewed their processes and communications. 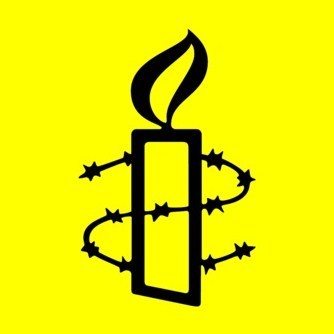 Now Amnesty International UK, a customer of the bank and a partner in several previous campaigns, has released an independent report that it commissioned into these account closures. The report sets out the regulatory context that has driven account closures, and looks into the bank’s internal processes and how several cases were handled. Its conclusions pull no punches: the bank was “playing catch-up” to address a historically “naïve” approach to managing financial crime risks, and the account closures that resulted were “a knee-jerk reaction”. Its communication and process were “at best incompetent, and at worst hostile”, and overall the bank failed to meet its Ethical Policy commitments and to treat customers fairly through this process. The bank has always maintained that there was no political intent behind the closures. We accept this, and we believe the report adds credence to that view.

The response from the bank has been positive, including - importantly and for the first time - a clear admission the bank fell short of its own standards, and an apology to those affected. (Something that was missing from the bank’s rather more defensive responses earlier.) It has also accepted most of the report’s recommendations, putting new measures in place including a formal Exit Forum to manage account closures in line with the bank’s ethical policy, and committing to report on the Forum’s activities in future Values and Ethics reports.

We hosted a seminar with Amnesty on these issues in July last year, which led to this report. We are pleased to see the bank has engaged with Amnesty and responded constructively. We hope that the bank’s future actions indicate it has learned the lessons of this report, and as a union of customers, we’ll work together with Amnesty to hold the bank to account on its performance against the report’s recommendations.

Read Amnesty UK director Kate Allen’s blog on the report, and download the report and the bank’s response, here.

Update on the proposed sale of the bank

After a flurry of rumours last month, not much has changed through the month of April - we still don’t know who, if anyone, will buy the bank. On 7th April the bank made a brief statement that it had received proposals from a number of parties, and the process was now moving to the next phase. News stories report that the sale process has drawn interest from Virgin Money, while OneSavings Bank and Santander UK are said to be interested in acquiring individual loan portfolios from the bank. However at the moment these are unconfirmed reports, so we are avoiding setting out our views of the pros and cons of deals with individual institutions for the time being.

If and when a preferred bidder is announced our aim will be to talk to them as soon as possible. We’ll be asking what they would be prepared to do to meet our demands, which we announced in February. There remains also the possibility that the bank will find other ways to reinforce its capital position - either as part of a deal with a potential buyer, or as an alternative. Depending on the outcome of those discussions we expect to make a recommendation to members of the Customer Union co-operative for a vote on whether or not we will support such a bid.

Help us grow the Customer Union 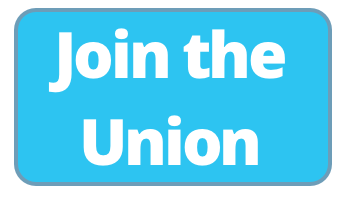 If you’re already a member of the Customer Union, share a message on Twitter or Facebook to let people know they can join us to have a say in whether we support any deal to buy the bank. The more members we have, the stronger we can push our demands!

The Co-op Bank is up for sale. Join the Customer Union to have a say on the outcome. https://saveourbank.coop/cueb_member/add #SaveOurBank

The Co-op Bank is up for sale. If you’re a customer, join the Customer Union for Ethical Banking to push for a deal that keeps the Ethical Policy and includes a commitment to cooperative ownership. We’ll hold a vote on whether to support the outcome. We’re stronger if we act together. saveourbank.coop/cueb_member/add #SaveOurBank