Report from November 2021 Gathering and AGM 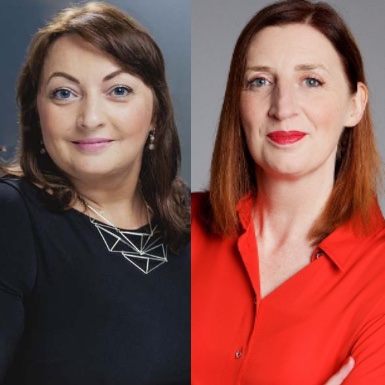 The 6th annual Gathering of the Save Our Bank campaign and Customer Union for Ethical Banking (CUEB) took place in November 2021. Members and supporters came together to discuss and reflect on the state of the Co-operative Bank and the campaign’s activity in the past year, and to look forward to the year ahead.

The gathering immediately followed the formal 2021 AGM of the Customer Union for Ethical Banking. You can read the minutes of the AGM here.

The gathering was held virtually on Zoom, as in 2020. Over 30 members or supporters joined, and we were once again pleased to welcome Co-operative Bank executive board member Maria Cearns, as well as for the first time Co-operatives UK Chief Executive Rose Marley.

Maria Cearns, the Co-operative Bank’s Managing Director for Customers and People, gave an overview of the bank’s activities in 2021. One of the headlines was the bank’s recent positive financial performance with three consecutive quarters of profit. Maria argued that this was the result of a decade of steady rebuilding and that the bank is now in a strong position for the future. She also highlighted the bank’s recent “excellent” ESG (“Environmental, Social and Governance”) score by ratings firm Sustainalytics. The bank achieved the highest rating of all UK high street banks.

This year, the bank ran its “Ethical Poll”, surveying customers for input into its Ethical Policy, to inform a new version which is due for release next year. Maria thanked CUEB members who took part in the poll. She spoke of how happy she was to see the outcomes of the poll really reflect the global ethical values held by the bank’s customers. There were also assurances that the bank was not looking to remove anything from the current Ethical Policy, but to update and add to it in order to make it stronger.

Finally, Maria talked about the bank’s continuing work with charitable organisations Refuge, Centrepoint and Amnesty international. These partnerships are long-standing and the bank will continue to support these charities in 2022. Furthermore, the bank will be celebrating the coming year as the 150th year of co-operative banking on the UK high street.

Maria gave the majority of her time to answering questions from CUEB members and supporters. As always, there was high engagement with the Q&A from attendees with lots of interesting questions on a diverse range of topics. Maria gave full and frank responses to all the questions that we could fit into the time. Questions ranged from product- and service-related issues to the strategic plans of the bank going forward. Questions covered topics such as the bank’s recent interest in acquiring TSB, and the bank’s intentions for its own carbon emissions reporting and target-setting.

Members and supporters thanked Maria for her answers and Maria in turn spoke with great appreciation for the customer union and the engagement of its members.

This session opened with CUEB board member Rob Harrison introducing a planned project to explore the feasibility of creating a financial vehicle through which CUEB members and others could build an ownership stake in the Co-operative Bank. Though the customer union has always had the return of the bank to co-operative ownership as one of its core aims, building common ownership in the bank seemed a particularly challenging prospect while bank was still recovering from serious financial difficulties. Now the bank is returning to a position of better financial health, the customer union, with support from a specialist ownership panel as well as Co-operatives UK, is planning a report that will set out the options for building a co-operative ownership stake in the near future.

The discussion then opened up to the Gathering attendees for contributions. A variety of different avenues for exploration were proposed and potential hurdles were raised. CUEB board member Shaun Fensom explained that the plan at present was to produce a proposal for a funded research project which would investigate how best to create such an ownership vehicle. The hope would be that the research would make some recommendations which could then be followed in order to start building up a common ownership stake in the bank.

After thanks were expressed to Rose for her attendance and contributions, the Gathering was closed. Thank you to all members and supporters who came.