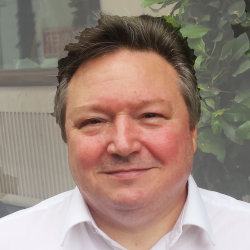 Barry is a figure well known and respected in Fintech, Blockchain and Crowdfunding and a campaigner for the public good.

He created "Deep Impact" the UK's first national Crowdfunding Conference series and was instrumental in creating both the Westminster Crowdfunding Forum and the All Party Parliamentary Group on Crowdfunding and non-bank Finance.

A frequent writer, including for City AM's CryptoInsider, he was instrumental in the conception and creation of an Innovation Unit within the UK Financial Regulator, which has since been copied by regulators across the world.

He chairs BBFTA.com (the British Blockchain and Frontier Technologies Association) and is working on a new book "Humane Economics - Why we're all screwed and what we CAN do about it".

This follows his well received "New Routes to Funding - a handbook of modern funding" and he also founded and runs, as CEO,  TheCrowdfundingCentre.com and TheCrowdDataCentre.com